Bronwyn talks about her experience of recovering from an eating disorder. She initially describes feeling like her obsession with food would never end. Then one day, with the right help and a little bit of inspiration, she found a way to accept herself for who she was. 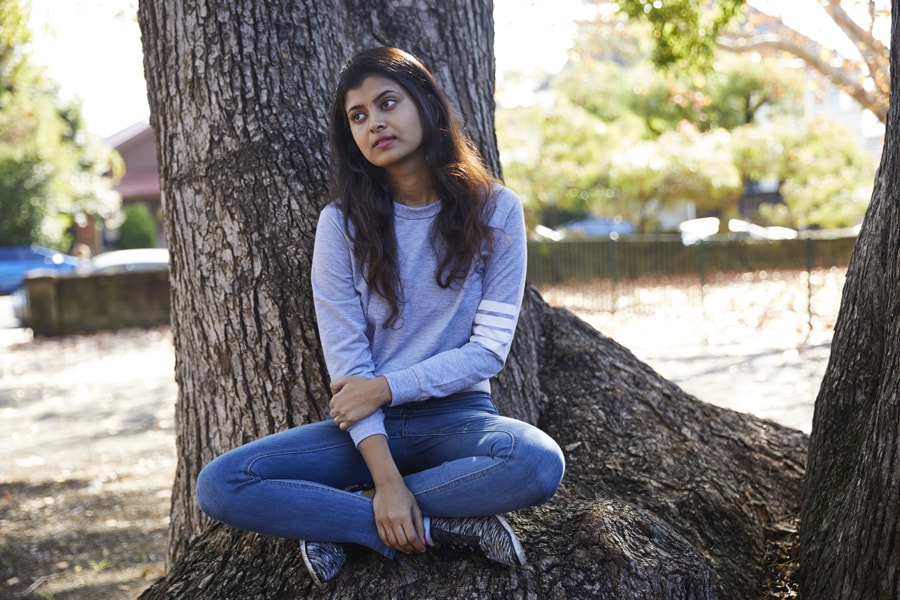 It was my first year of university and I was auditioning for entry into a competitive music school. I put a lot of energy into preparing for the audition, and my music teacher was sure I’d get in. Sometimes things don’t work out… I didn’t get accepted. For some people this would have been okay, but for me it brought up a stack of thoughts about myself that I’d been hiding. I suddenly believed I was unlovable, worthless and disgusting. Because I didn’t think I was good at anything, I began to base my self-worth on what I was having the most success with at the time – weight loss.

Over time I became obsessed with eating as little as possible while exercising as much as I could. Underlying my obsession was a deep sense of self-hatred and gut-wrenching loneliness. I wanted so much to feel loved and accepted, but I felt I needed to isolate myself, otherwise other people would interfere with my obsessions.

What was now an eating disorder had severe consequences for my physical health. I was so malnourished that my heart rate dropped to 30 beats per minute, my hair started falling out, and I was very close to developing full-blown osteoporosis.

As my weight continued to drop, there were times when I was aware that something was very wrong with me. At other times, I tried to rationalise what was going on: ‘Everyone else can diet. Why can’t I?’ In reality, the illness was rapidly overtaking me and I didn’t know what to do. At my worst, I was hearing voices that told me how repulsive I was and I wanted to end my life.

I eventually agreed to hospitalisation, which was covered by my parents’ private health insurance. Without that cover, I would have had to wait another three months before the public system would take me in – which was way too late. In hospital, I participated in therapy and began to regain weight.

The turning point in my recovery came when a guest speaker came to the hospital. She told a group of patients that, years before, she’d had anorexia and wanted only to die. She now said that she was recovered. ‘I was so busy enjoying life that I forgot about my obsession with food,’ she said.

That’s exactly what I wanted. I realised that I couldn’t let anorexia win – I had to get a move on and live life, and I had to do it right away. Suddenly, there was hope.

Moving on with my life

Life after being in the hospital was better, but still not smooth sailing. Although I was working very hard on my self-esteem, my core belief was still that I was unlovable. The most helpful step I took to shift this belief was making a commitment to stop criticising myself and stop trying to change my body. When I did this, I found that I no longer needed anorexia to live the life I wanted.

Four years after hospitalisation, I’m a strong, confident woman who believes that I can achieve anything. The anorexic voice that would scream at me, telling me I was unlovable, has become dull white noise. I find so much pleasure in doing the things I love (like running, yoga, and studying for my PhD in Psychology) that I have no room for thoughts that tell me I’m nothing.