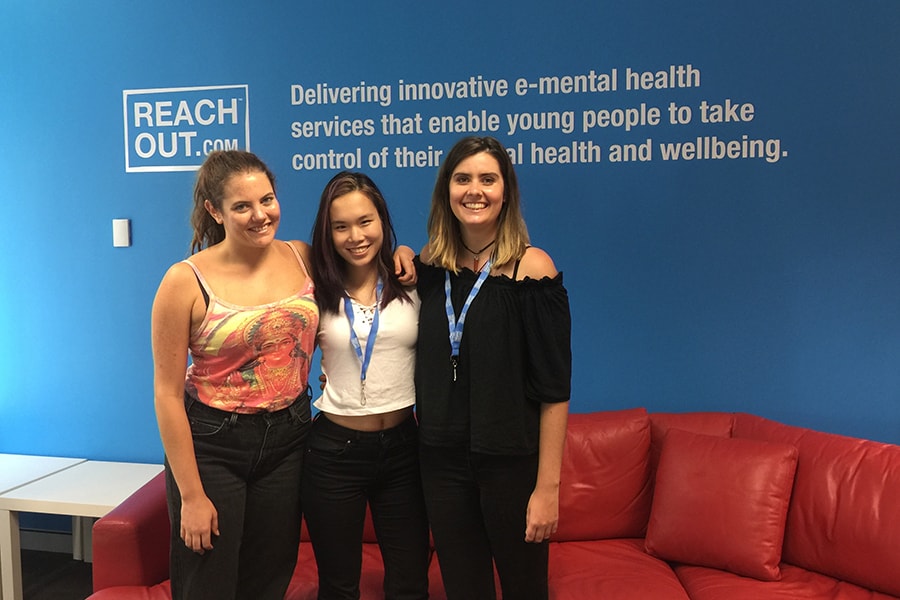 Roseanna (middle) with fellow Youth Ambassadors at a ReachOut workshop

When I was ten, nothing was more exciting than waking up on Chinese New Year and finding a red envelope placed under my pillow during the night. The envelope (or hong bao) would contain money that represented good fortune for the year to come. The amount of money wasn’t important; its value was mostly symbolic. For example, the number 8 is considered lucky, so an amount of $88 in the envelope meant ‘double prosperity’.

Being born Chinese, but growing up in Australia, Chinese New Year was like a second Christmas. Instead of ham or turkey, we would eat dumplings, steamed fish and long noodles, foods that represented long life and good wealth. For dessert, we had sticky glutinous rice cake – or nian gao, which translates as ‘new year’s cake’. Like at Christmas, we would spend hours sharing meals with our friends and family.

We would greet each other with either ‘Gong xi fa cai’ (May your wealth be ever prosperous) or ‘Xin nian kuai le’ (Happy new year).

In the afternoon, my family would go to the city to watch the lion dancing. The lion dance represented good luck and chasing away bad spirits. It was usually accompanied by loud drumming. One of the highlights was seeing the lions ‘eat the greens – cai qing –which would bring good fortune. This act had a double meaning of luck, as the word ‘cai’ sounds like ‘greens/vegetables’ as well as ‘fortune’.


Growing up in Australia

I was fortunate to live in a suburb in Sydney where there was a lot of Chinese/Asian culture. However, unlike Western holidays like Easter and Christmas, I was never taught about Chinese New Year at school. I didn’t even know what the lunar calendar was, or why it started later in the year.

It felt so strange, celebrating a holiday and a tradition that I had hardly any knowledge of. Each year, I felt both lucky and displaced. I was both excited and confused.

Despite living in a predominantly Asian community, I felt ‘too Australian’ to celebrate Chinese New Year. But I also felt ‘too Asian’ to be a real Australian. I was stuck between two cultures, I didn’t feel like I fit in either one. Both cultures had their own traditions that I didn’t feel a part of. I felt lost and alone.


Reconnecting with my culture

It was only when I began volunteering at my local Buddhist temple that I began to reconcile my identity crisis. Volunteering helped me to see that there were others who were also going through similar cultural mismatches. It helped me to reconnect with my Chinese culture, as the temple would often hold events that catered to both Eastern and Western cultures. It also helped me see that Chinese New Year is what you make of it. Like Christmas, everyone has their own way of celebrating it.

Last year’s Chinese New Year was my first one celebrating with friends. We felt that we were grown-up enough to host a dinner ourselves. Instead of a traditional feast, we opted for a hot pot dinner. Much like myself, the celebration last year was a combination of both cultures, with both Western and Asian influences. There was just something so warm and fuzzy about coming together to share one big bowl of steaming soup.

This year, Chinese New Year falls on a Tuesday. I'm continuing the tradition and celebrating with my friends over the weekend, but I'm also going out for dinner with my work colleagues that week. I’m making it my own.