It can be super easy for a few drinks to turn into a few too many. But regardless of what your mates are doing, you don’t have to go all out on the beers. Here are some tips to help you enjoy a few drinks without giving in to pressure to get completely wasted.

Before you start drinking, decide how many drinks you'll have and then stick to that number. A bunch of clever scientists have recommended that we have no more than four alcoholic drinks on any day. Everyone's tolerance is different, so choose a number that works for you, rather than for your mates.

You might want to think about how expensive drinks are. Before you head out for the night, check how much money you’ve got and make a sober and sensible decision about what you can afford to spend.

You also need to remember that not all alcoholic drinks contain the same amount of alcohol. See below for what a ‘standard drink’ looks like for different types of drinks. 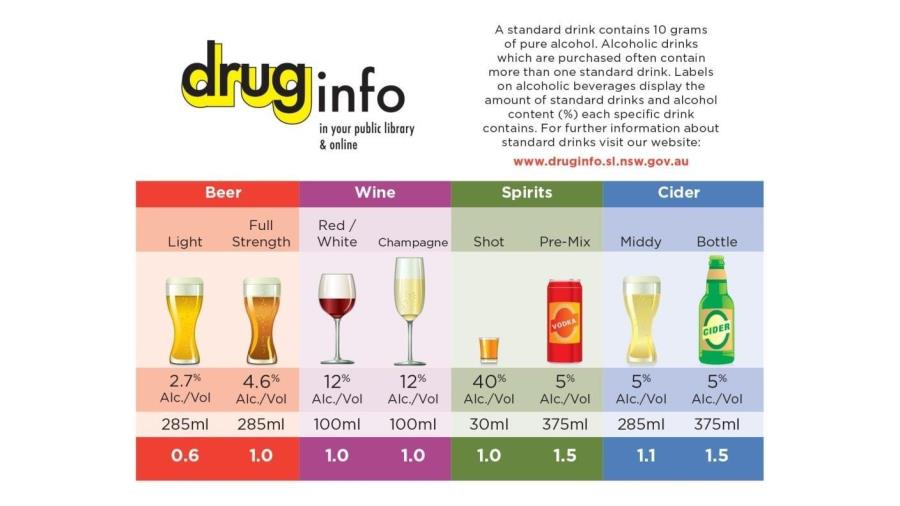 Spacing out your drinks can stop you from getting drunk. Try leaving a certain amount of time between drinks (e.g. an hour), and making sure the time has passed before you get a new drink.

Just got a delish craft beer? Savour it by drinking it more slowly. That way you’re enjoying it more, and get more bang for your buck. Swapping in water or a soft drink between the booze (and drinking the alcoholic ones slowly) can help, too.

Peer pressure can be hard to resist, but if you’ve had enough, say ‘No, thanks’ when someone offers to buy you a drink. You can tell them you’re good for now, and then change the subject. Keeping track of how much you’re drinking is more important than keeping pace with other people.

It’s understandable to be worried your friends will make fun of you for not drinking, but this actually rarely happens. Most friends (the good ones) won’t stop hanging out with you just because you don’t drink as quickly as them.

There’s nothing wrong with buying your mates a drink, but if you’re with a group of seven, it can quickly turn into a full-on, expensive drinking session. That could derail your plans to not get drunk and may break your bank.

It’s also a good idea to stick to drinks you can sip, rather than shots, as it’s easier to space them out. Tell your mates you don’t want a shot, or just conveniently disappear when they’re heading to the bar.

Water and food are your friends

For every alcoholic drink, have a glass of water or a soft drink (you don’t have to tell anyone it’s not alcoholic). Make sure you also have a meal if you’re drinking. It helps to slow the effects of the alcohol and is (hopefully) also delicious.

Focus on other things

Try to join in an activity while you’re drinking, such as playing pool. Remember that if you’re in a bad mood already, drinking alcohol won’t help. Try doing something else that’s relaxing, or talk to someone about what’s on your mind.

Have a plan B

Get a mate to help keep track of your drinking and remind you to slow down and not do stupid stuff. If that fails, that mate can help look after you if you drink too much.

Before you start drinking, make a plan for where you’ll sleep that night. Put money aside for a taxi or Uber in case you need to get home quickly.

Have a good time

You can still have a really good time even if you’re not drinking much. Focus on the people you’re chatting with and the conversation you’re having (or the dancing you’re doing). One of the best parts of not getting drunk is that you’re less likely to have regrets the next morning. Plus, there’s less chance of a hangover, which is always a win!