Read about how Sara dealt with the overwhelming experience of helping her depressed boyfriend, and the lessons she learnt in the process.

*not actual photo of Sara. 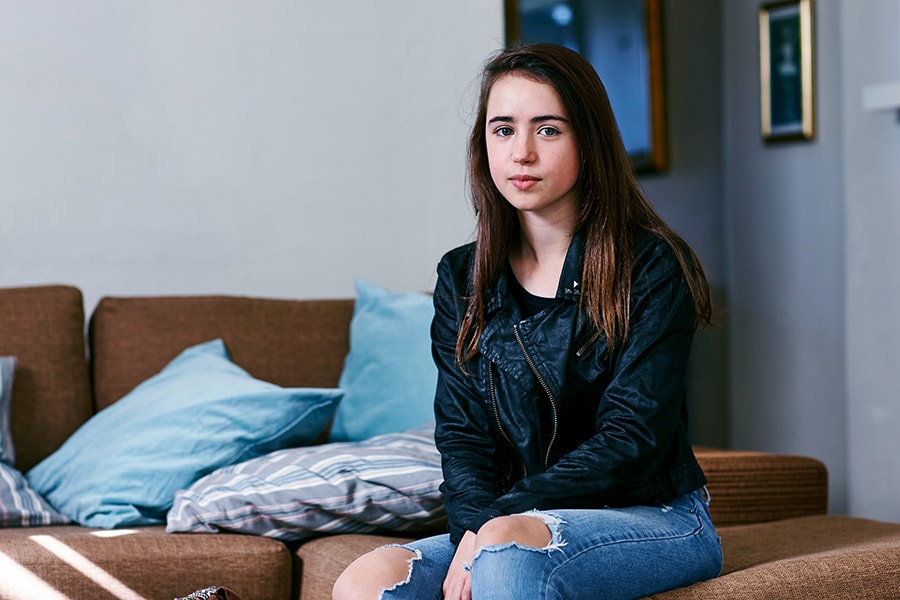 Seeing a loved one go through a hard time always impacts you in some way or another. You watch them hang their head and cry a little, and you pat them awkwardly on the back and tell them it will be okay, because you feel sad for them and want them to be okay. But you then carry on with your own life.

How it all started

When my boyfriend of two years started to get a bit emotional, I told him it was hormones, or the stress of exams, and I said I would hold his hand whenever he felt sad. One Sunday about a month later, I was sitting at home watching the telly when he called and asked to come over. Thinking he was just a bit down, I said: ‘Of course! I'll meet you at the train station.’

An hour later, when I met him, I wished I had a car. I practically had to carry him home, as he was sobbing in my arms. I was unbelievably confused. This was my boyfriend, the guy who cuddles me when I cry, and is always tough and strong and manly. Yet, here he was, as small and sad as a lost kitten, crying his eyes out because he had an argument with one of his friends. ‘He hates me, they all hate me, I hate me,’ he kept saying. To me, he was perfect – funny, smart, kind and caring. One of the best people I knew. It was so hard to sit and watch him say all these things about himself that I knew weren’t true. I tried for weeks to convince him otherwise, but he refused to listen to a word I said.

For a couple of months, things went on like this: every so often, he would break down and come to me for help. I found myself losing concentration at school (he was in my year) and just watching him to make sure he was okay. Every day he would cry and cry. I would sit with him for hours while he cried, thinking it was weird and that no one else his age got depressed. I started to get depressed, too, because the person I’d felt close to, and could turn to for help, was now unable to support me. I got confused and insanely lost. He didn't want anyone else to know he felt like this, so I couldn't tell anyone that my boyfriend has depression and ask what to do.

All my friends started to get annoyed with me because I hardly saw them anymore, and my mum got scared because she thought there was something really wrong with me. When a teacher asked me one day what was wrong and how he could help, I realised that my boyfriend's depression was rubbing off on me. I went and spoke to my dad, who is a youth worker, the next day. He told me all about depression and gave me some numbers that my boyfriend could call. Of course, my boyfriend refused to call the counsellor, but it cheered him up a little when I told him about the causes of depression. He started to realise it was quite a normal thing.

Slowly, my boyfriend began to see that it was okay to feel bad sometimes. I eventually talked him into going to see the school counsellor. I had to go with him the first time, but he eventually started to see her alone. Surprisingly, after only a few sessions with her, he seemed to be doing a lot better. Eventually, he managed to get back on track. With help from his mum, my mum, his closest friends, the school counsellor and from me, he started to return to his old self.

Looking back, I can't get over how silly I was not to talk to someone earlier. I was in no way ready to deal with all that I did. My boyfriend expected me to make things better, when I had no idea where to even begin.

I learnt how important it is to reassure someone who’s depressed that they’re not weird for feeling that way. In many ways, I’m grateful for this experience, because I now know that whenever I feel down or depressed, it’s a completely normal thing. I know that if a friend or family member is depressed, the best thing to do is help them in every way you can, be their friend and hug them a lot, but leave the medical work to the professionals. Try not to let their depression directly affect how you live your own life.