Kourtney shares her story of how she’s dealt with her grief since finding out about the death of her best friend. 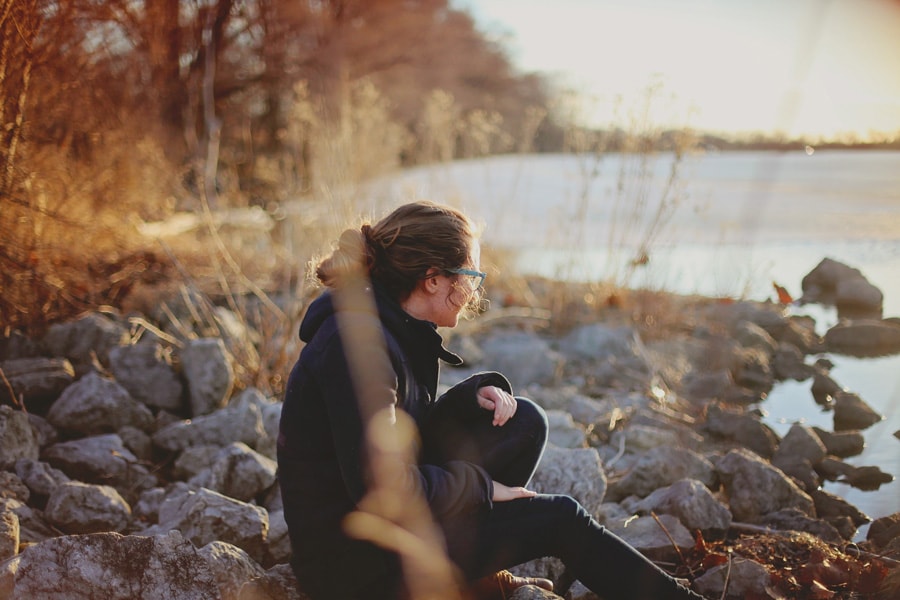 My name’s Kourtney. In public school, in about grade three, I met a girl named Alicia. She liked to be called ‘Ally’, and we became friends. Later, my family moved away for a long while and I didn’t see Ally again until we were in high school, when we became very close.

We would hang out nearly every lunch period and work together on our assignments. We told each other everything that happened in our lives. In year 11, Ally told everyone that she was a lesbian. Soon, she began to have feelings for a girl who, funnily enough, was also called Ally.

Ally fell for this girl completely. I remember her telling me that, for Valentine’s Day, she bought her a dozen roses – 11 real ones and a fake one. She told her girlfriend that she’d love her until the last one died.

Ally seemed happy all the time, and knew how to put a smile on anybody’s face. Little did the students and staff at my school know that she was dealing with depression, and that her smiles were forced.

I remember that Ally came to school one day in February with marks on her wrists. They looked bad. When I asked her about them, she said that her parents, and especially her mother, were having a hard time accepting that she was gay. She would come to school in tears and tell me that she didn’t want to live anymore.

I went to see a school counsellor and told her what I’d seen on Ally’s wrists. The counsellor said that the cuts were probably superficial, but that she’d talk to her anyway.

Ally and I continued to hang out every day at lunch, and we sat together all the time in assemblies, where she would do the funniest things. I nearly got into trouble many times for laughing, but I didn’t care; she was hilarious!

I had lunch with Ally on March 8. We had a million laughs about things that didn’t really matter. I couldn’t have known that it would be the last time I’d laugh with her, the last time we’d sit together at lunch, or the last time I’d see her beautiful face. I was absent from school the next day because I was sick. Now, I wish more than anything in the world that I’d sucked it up and gone to school that day. It was Ally’s last day.

I woke up to a snow day on March 10. When the phone rang and I answered it, the news I got was like nothing I’d ever heard before. I slammed the phone down in shock, and tears rolled down my face. I couldn’t believe it. Ally, the friend who made me smile every day, and who made sure that no one ever felt left out of anything, had died by suicide.

My life changed forever. I began taking anti-depressants. I even tried three times to take my own life. Then I had a dream. In the dream, Ally was back; we were together like old times. And I heard her whisper to me: ‘Don’t give up. It’s not worth it, Kourtney.’ When I woke up, I was in tears. I immediately looked up the meaning of my dream in a special dictionary. It said that someone who had died had contacted me in the dream to let me know that things will be okay and that they were with me.

As sad as it was to lose Ally, I guess you could also say that she saved me. Many times, she saved me from the unthinkable. It’s been a bit over a year now, and it’s still not easy to comprehend, but I know that she’s there still. I have a photo of Ally hanging on my wall, and a bracelet I wear every day in memory of her that says: ‘Know yourself. Be yourself. Love yourself.’

Whether Ally’s in my dreams, on my wall or on my wrist, she's never gone ... she never will be. So, if you’re feeling down, listen to what Ally told me in the dream: ‘Don’t give up. It’s not worth it.’ This (whatever ‘this’ is), too, shall pass.