Tara’s depression took the form of anger towards herself and the world. Read about how voicing her feelings helped her to recover from depression. 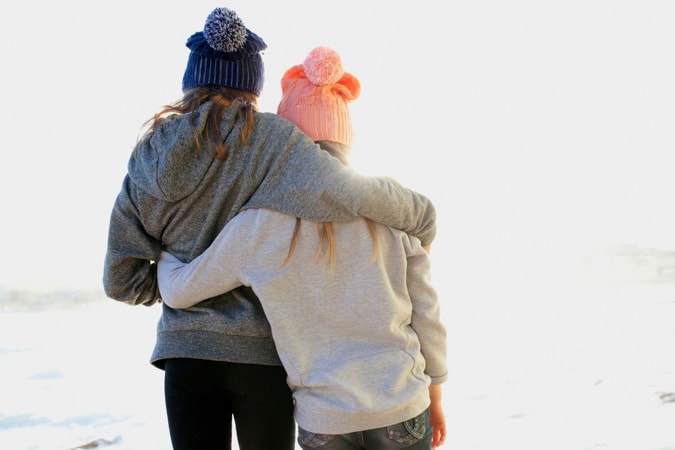 Have you ever felt like you’re standing on a busy street and screaming, but no one even notices you? This is how I felt in the middle of year 11, when I came to the sudden realisation that life was far from easy.

I was in a deep hole

Over a period of about two months I fell into a deep hole of depression, when several issues came to a head in my life. It all began when schoolwork started to get difficult. After years of easy grades, I suddenly had to work hard for them, and the requirements became more complex and intense. After a while I gave up trying, as I’d convinced myself that I just couldn't do it. I felt lost and confused, with no idea of what I wanted for the future. I lost all motivation. I thought that by giving up and ignoring the difficult things, life would get easier.

Gradually, I became increasingly unhappy with myself and it began affecting other parts of my life, particularly relationships with my family and close friends. I became very removed and distant. My emotions became more intense and I fell deeper into a black hole of depression. Although I maintained the smile and the happy face, I was screaming on the inside for someone to notice how unhappy I was.

My sadness turned into anger

My sadness turned to anger, and I became angry at the world, at myself and at everyone else. I began taking my anger out on my family, constantly fighting with Mum. I just didn't know what else to do. I spent a lot of time alone in my room listening to music and crying, trying to escape from the world.

I soon found an outlet for my emotions in writing and drawing. By spilling it all out on paper, I could begin to think more clearly and make sense of how I felt.

I opened up to my friend

The situation started to get better when I finally began to talk about it. Suddenly, it didn’t seem so bad after all. I opened up to a friend and, after all the tears and emotion, I realised that people did care about me. It was like a huge weight had been lifted from my shoulders.

I learnt a lot about life as I gradually overcame my depression. It’s not easy, but it's not meant to be easy. It's the challenging times and experiences that make us better and stronger people.

Although I still don't know exactly what I want to do in life, I’ve realised that if you do things that make you happy, you’ll get somewhere that you want to be and you’ll find happiness along the way.