A problem shared is a problem halved. You don’t have to bear the whole burden alone, as this story shows. 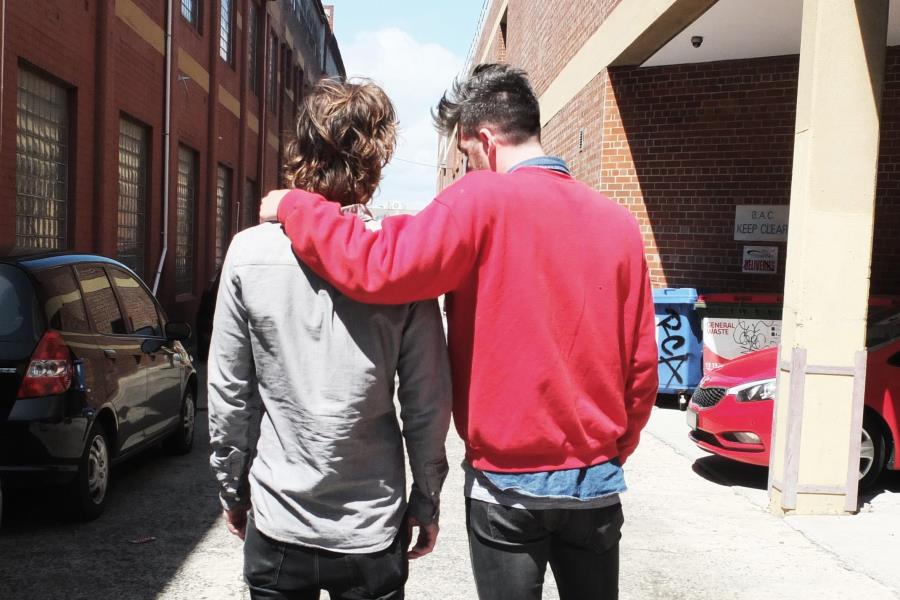 Matt and I have known each other for years; we’re about the same age and worked for the same theatre company, so we spent most of our time outside school rehearsing together. We were in a situation that demanded we share some of the more personal sides of our lives. Naturally, we became quite close. Matt had seen me walk around the studio in my knickers, seen me buckle under pressure and cry uncontrollably; he'd even held my hair back when I got drunk one night and threw up.

But I had a secret that I kept hidden from everyone, even Matt. I was so afraid that people would get freaked out, or not like me anymore, if they knew.

See, I'm an epileptic. I've had epilepsy most of my life, but it seems to come and go in stops and starts. When I was a child I had seizures all the time, but they slowed down through puberty. I continued taking the medication anyway, hoping that my illness was a thing of the past. When I joined the theatre group I hadn't had a seizure for nearly seven months, so I didn't think it was important to tell anyone about it. I decided this was one thing Matt didn't need to know about me.

And then it happened. I was in the dressing room having a shower. I hadn't been sleeping well, so I was feeling tired and run-down and thought a cold shower would wake me up. What a wake-up call! I had a tonic-clonic seizure in the shower. Matt heard it and, when I didn't answer, he got someone to help break down the door. Everyone panicked and they called an ambulance. When I came around I was lying in the shower, naked with a blanket over me. Everyone was standing around with their jaws hanging. An ambulance officer was seated behind me, while another tried to get everyone to leave the room.

I was sent home, and for days I was too scared to go back to the studio. Eventually, Matt called. He was angry and hurt that I hadn't told him or anyone else in the company. He also said that he didn't know much about epilepsy. I tried to explain to him what it was and what had happened, but it just seemed to worry him more.

I contacted an epilepsy advocate organisation and cried on the phone to the woman who answered. She agreed to meet with me. First, she came to my house and we talked about my epilepsy and what had happened. She suggested that she come to the studio with me and help explain to everyone there what had happened and what they should do if it happened again. I felt much happier having an ‘expert’ with me.

The social educator started by showing everyone a video about epilepsy. People got to ask questions about it, and then we all talked about how to deal with it if I had another seizure. Having an advocate there helped people better understand the issue, relieved some of their fears, and broke down some of the myths around epilepsy. The session ended with people feeling confident that they knew how to handle my epilepsy, which meant I felt comfortable, too. The educator also explained that sometimes people feel embarrassed about being epileptic and worry how others will react, and that's why they’re too scared to talk about it. I learnt that if the people around me are better informed about epilepsy, then feeling embarrassed isn’t such an issue for me.