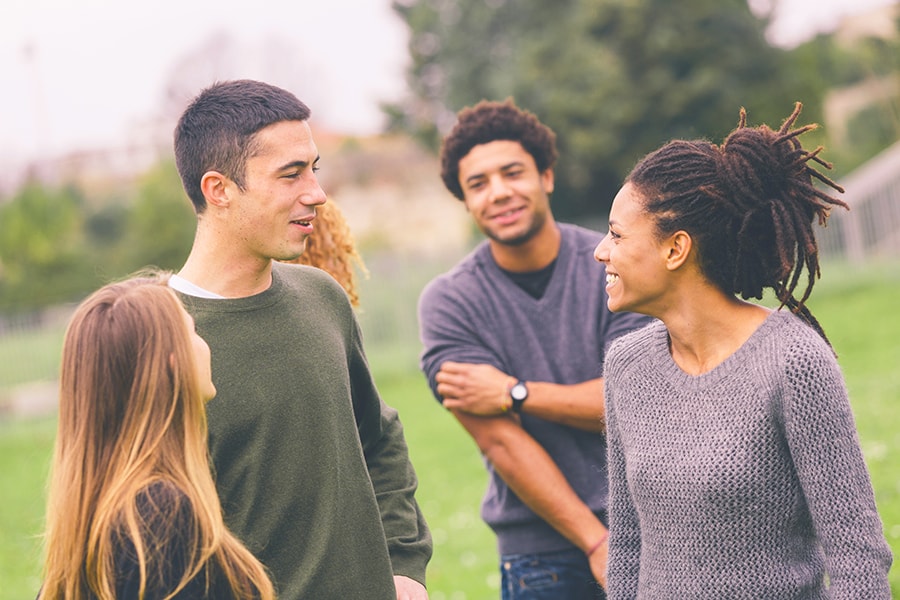 This article was written and reviewed by people with intersex variations.

Intersex people are born with physical features, such as genitals, chromosomes or genetic features, that don’t fit what doctors expect for either female or male bodies. Many people think that ‘intersex’ is a word for a particular kind of body or a particular identity. This isn’t the case – intersex people have many different intersex variations and all kinds of bodies – all of them great.

Just like everyone else, intersex people are assigned as female or male at birth based on their appearance. If doctors are unsure which sex to assign, they may perform tests. Intersex traits aren’t always obvious at birth; they can become apparent during childhood or puberty, or even later in life.

Intersex people learn and choose many different words to describe themselves. These include medical terms relating to their variation, and umbrella terms like ‘variations of sex characteristics’, ‘disorders’ or ‘differences of sex development’. Whatever someone’s intersex variation, it’s only a part of who they are.


What challenges do intersex people face?

Even though there are many intersex variations, intersex people share many experiences in common. It can be difficult to look different, or to develop differently, from people around you. It’s not always easy to take time off from school or work to deal with doctors’ appointments and examinations. Sometimes family and friends feel uncomfortable talking about it. Getting in touch with other people with similar experiences, such as through intersex support groups, makes a huge difference.

Parents and doctors of people who look different often fear that their children will be bullied or harmed. Some doctors feel that children need surgery to enable them to grow up to be ‘normal’, or to prevent others singling them out and bullying them.

This can mean that intersex children who are healthy may have to undergo physical examinations and surgeries, and take hormones, to make their bodies look more like those of typical girls or boys. Unfortunately, many people who have had surgeries and hormone treatments have been harmed by them, especially when they weren’t given a choice. All surgeries can lead to scarring, and to a loss of feeling in and around the affected body parts.

Bullying is a problem for all sorts of people, and there’s no evidence that surgery prevents it. The reality is that people can live happily with all kinds of bodies if we treat each other with compassion and understanding. Most of us just need the love and support of our families and friends. When it comes to surgery, everyone should have a right to make their own decisions about their bodies and identities.

Some treatments or surgeries might be needed for the health of an intersex person. Many surgeries, especially those involving genitals, will need follow-up procedures over time, or ongoing care. The experience of having a doctor look at children’s genitals and body parts repeatedly as they grow up can be confronting and distressing.

It’s your body, so it’s okay to ask your doctors and parents for information on your medical history. You could ask them:

It’s okay to take a family member or friend along when you see a doctor. You can write down your questions before you see them, and make notes on what they tell you.

Some intersex people have other kinds of health issues that aren’t about their appearance and identities, such as infertility, psychosocial issues, or physical health issues associated with their variations. Sometimes it can feel like these less obvious issues are neglected. It’s important that you get the support you need to manage your overall health and wellbeing. Peer support groups and experienced counsellors can help.

These experiences of ‘treating’ intersex people can make us feel upset, angry or scared. We may need a little extra help to understand what’s happened and how to live with it. When you need help, it’s important to reach out for support.

Human rights organisations and intersex-led groups have called for legal protections and called for changes to medical practices so that parents are not asked to consent to medical interventions to change the physical appearance of their infant or child. Only the person having the medical treatment should be able to consent to it.

If you are being asked to consent to treatment, you have a right to high-quality information from many different sources, and a right to all the support you need. Make sure you are given all the information you require to make a decision about your future needs. What are the long-term outcomes? Is the treatment necessary? What are the alternatives, including no treatment? Intersex-led groups can put you in touch with others who have had treatments in the past.


Learn more and get support

There are some great resources available to learn more about the intersex community. The Darlington Statement by intersex organisations and independent advocates sets out the priorities and calls by the intersex human rights movement in Australia and New Zealand.

Intersex Human Rights Australia (IHRA) is a national not-for-profit organisation created by and for people born with variations of sex characteristics. They promote human rights and bodily autonomy with the goal of helping to create a society where intersex bodies are not stigmatised. Check out their resources here.

A Gender Agenda (AGA) in the ACT works with intersex and transgender people. They offer support for people with intersex variations.

For some good fiction reads, check out Golden Boy by Abigail Tarttelin and None of the Above by I. W. Gregorio. You can also watch the award-winning documentary Orchids: My Intersex Adventure.

An intersex community is growing in Australia, with regular meetings in most capital cities. Meeting other people with the same histories can be a wonderful experience that enables people to share their stories and experiences, and to support each other. Get in touch with IHRA, IPSA or AGA to find out more.

Intersex groups work with LGBT and disability groups. They also have information about doctors who have helped other intersex people.