With remote work and online learning on the rise, things in regional and rural areas are as good as they’ve ever been – and they’re only going to get better in the future. That’s a view shared by Harrison Slattery, a 22-year-old who runs a small business as a photographer and videographer in his home town of Albury (on the Murray River in New South Wales). It took him a few years of hard work to get his business up and running, but Harrison reckons his decision not to move to Melbourne for uni after he finished high school in 2015 was the right choice. 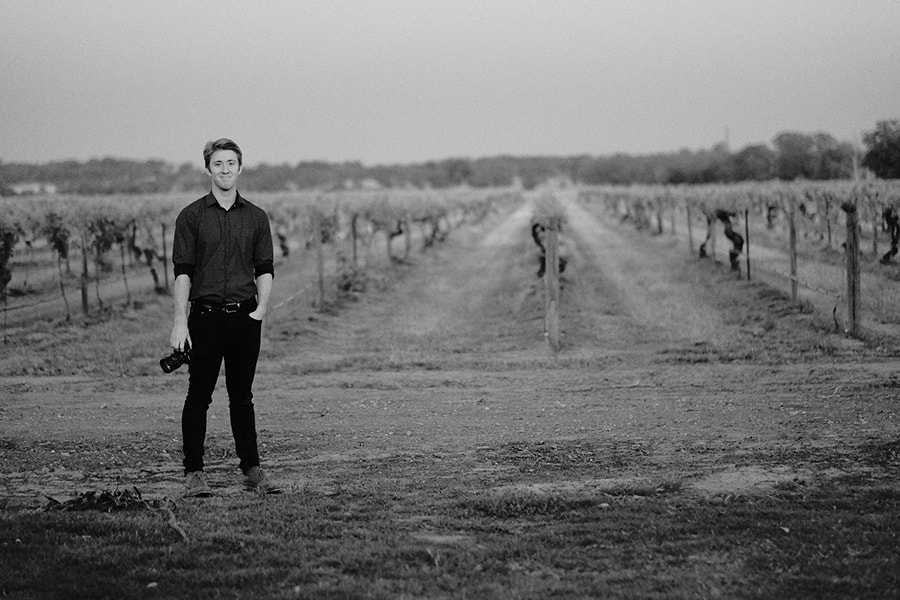 Harrison after shooting a local wedding several years ago.

‘I had decided to go to uni, and then I put it off for a year. After that I was like, "Okay, I've got a couple of cool jobs. I've got my full-time gig [in hospitality]. I don't really need to go." And so I decided to stay in Albury.

‘I’ve been here my whole life, and a lot of people still say to me, "Get out of Albury while you can. You’re limiting yourself here." Which is entirely untrue. You’re definitely not limiting yourself in Albury.’

But for a while, when he was living at home and working full-time in hospitality, Harrison occasionally wondered if he had made the right choice in not moving to Melbourne with his mates. ‘There's such a big push. It's massive. Even by the teachers.’

In the years since he graduated high school, Harrison has slowly built his creative work into a full-time gig by shooting local weddings and music festivals, doing commercial work, and filming music videos in between his hospitality shifts. But it hasn’t been easy.

At first, lacking a degree, Harrison found it hard to compete with the more experienced people in his field. ‘Having confidence in my craft is one of the biggest challenges I still struggle with to this day.’

But he still thinks that sticking to his path was the right call.

‘Right now, I would tell you that [the idea you have to move to a big city] is totally not true. Look at what I've done, and look at what lots of other people have done. There are so many opportunities here.’ 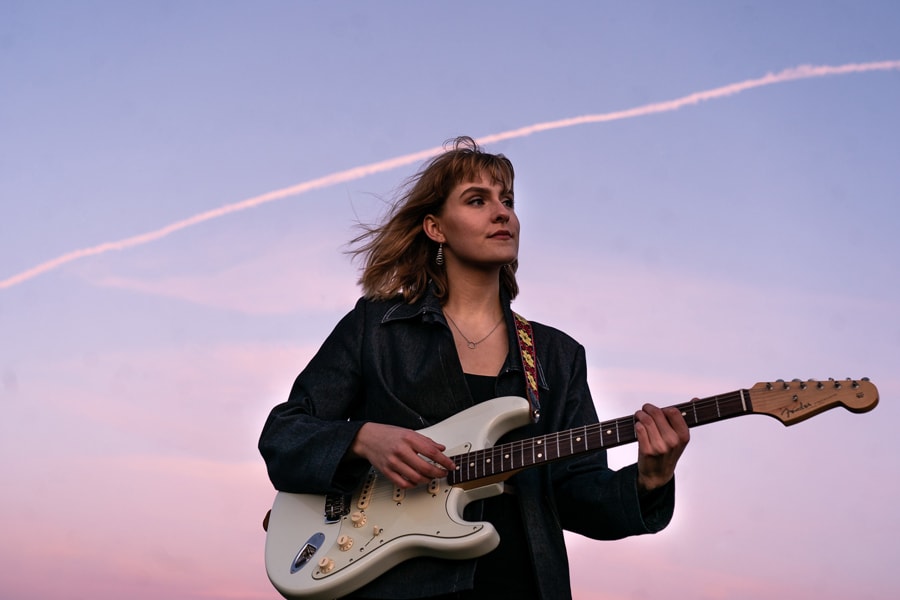 A photo from Harrison’s shoot with local musician Lauren Eddy in Albury.

More education options than ever

The main reason Harrison thought about leaving Albury was for his education.

‘I got into a couple of unis, which was awesome, but I saw the HECS debt and I was like, "Wow, that's a lot of money." It was such a hard decision to make, especially moving from Albury where I was so happy with my friends and my family, and I thought, "I just don't know if it's going to be worth it."’

Eventually, Harrison realised that what he really needed was to learn how to run his own business, which he was able to do for free by studying remotely at his local TAFE.
‘Albury has a gigantic university, we've got a university in Wodonga as well, we've got TAFE, and we've got heaps of little campuses. So, you don't need to get out of Albury. There's plenty of opportunities here.’

The future of work is remote

‘People I’ve never met send me files on Dropbox, and I'll edit them through the cloud. One of my clients is in Ireland. We’ve talked on the phone, but we're across the world from each other and we're working together. It's amazing.

‘I think that, because of COVID, there’ll be a shift where more people will work from home.’

Harrison’s right. Over the past few months, big companies all across the world have brought in changes that enable their employees to work remotely. In fact, while only a small percentage of the workforce worked remotely before the pandemic, a report from Global Workplace Analytics estimates that about 40 per cent of the world’s workforce will be remote from now on. That’s a change that will make a big difference for young people like Harrison who are living in rural and regional areas.

‘There are people in Albury who work with national, and even international, brands and companies. They don't have to go to Sydney or Melbourne, or across the world to the US or UK, to meet their clients. They can meet them online, and they can do their work from home in Albury and do a damn good job.’

The lead singer of Northlane, photographed by Harrison at a local gig.

Thinking about the positives

After he decided not to move to Melbourne, Harrison began to notice a lot of positive things about his home town.

‘There's just a great sense of community. If you're thinking of moving away from your home town because you think living in a rural or regional area sucks, just consider how easy it is to see your friends and your family, and how close everything is.

‘It's a peaceful area, and that's what I really like – sitting out on the porch with the dogs and it's just super-nice and quiet. I don't feel stressed and worried about traffic or something. It's just really nice.’

According to Harrison, it’s not that there’s no point in moving to the big city. It’s just that, depending on what you want to do, rural and regional Australia might have a lot more in store for you than you think, and you can have it all without spending your life’s savings to rent a small bedroom somewhere in the inner city.