This article discusses suicide. If you feel like you’re going to act on suicidal thoughts, call 000 if you live in Australia. A number of crisis support services are also there for you – have a look at our urgent help page.

Talking about suicide can feel overwhelming. If you're having suicidal thoughts or you’re worried about a mate who might be suicidal, it’s important to know how to reach out and have helpful conversations. Read stories from these young people on how they dealt with thoughts of suicide and supported mates. 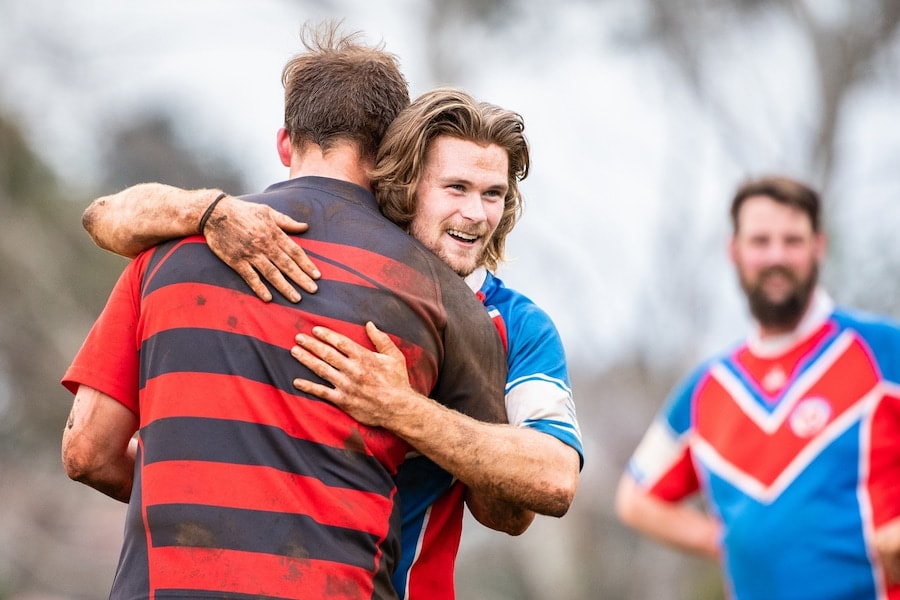 When a friend suicides: Tim's story

Suicide stole a friend of mine. And as cliché as it sounds, suicide really did steal a piece of everyone who knew Dan.

I'm 20, and I'm sitting at a friend's funeral. I didn't think this would come for another 50 years. Ten days earlier, Dan and I had been chatting away, making plans to catch up. The next day, he took his own life. He didn't seem himself the weekend before he did it. I knew he wasn't happy, and we were worried. I asked him if he was thinking of hurting himself, but he said he was fine, so I assumed he was. I spoke to him the next day and he said he was great, and we organised to go to the football the next week.

The following day, driving to work, I heard there was an accident nearby and that someone had died, a suspected suicide. Something told me it was Dan, but denial took over. Friends of mine don't die, and they sure as hell don't suicide. I sent him text messages from work; no reply. I figured he was just busy.

I finished work, walked outside and my mum was there. That was odd. She'd been phoned, and had come to tell me and to drive me home. When she said, ‘It was Dan’, everything hit me: anger, frustration, guilt and shock.

Was I a terrible friend?

I didn't know what was going on. I had to give a statement to the police, something that scared me. I thought people would think I was a terrible friend for not speaking out when I suspected he might be thinking of doing something. I was mad at him for putting me in this situation. Why didn't he say something? I'd never faced anything like this, and for once, I didn't know if I could handle things on my own. I had a million things going on in my head and I really needed to get them out.

I'm not a big fan of deep and meaningful conversations, but I knew I had to talk to someone. I started to talk to a mate in Sydney. I stuttered my way through the story and about how I was feeling, but it was such a relief to get it all out of my head. I told everyone else that things were fine, and I hid my feelings behind laughter and a bubbly, ‘no worries’ exterior. I was still struggling, but things seemed so much easier with someone behind me who knew the story.

Life went on, and I stopped talking about how I felt. Things were piling up on me big-time. It felt like a brick wall had fallen from the sky, blocking my way and I'd been given a toothpick to dig my way through. I'd never felt so overwhelmed. I'd had enough of the crap going on in my head. I just didn't care what happened. I wasn't crazy; I was just really sad.

Jump forward a couple of days. I'm sitting in a psychiatrist’s office. It’s my worst nightmare. He asks me, ’How are you feeling?’ The consultation seemed to drag on and on. He was my dad's age, and talked to me like I was ten. Needless to say, I wasn't keen to head back to his nicely decorated office.

Strongly encouraged by my GP and a few awesome mates, I went and saw another psychologist. He was young, relaxed and seemed pretty cool compared to the last guy.

I walked out of the first consultation with him three months ago feeling positive, and I’ve been going back ever since. Some days are still tough, but they're not nearly as overwhelming as they were before. It was a tough lesson to learn, and in circumstances I don't wish on anyone, but I've learnt that reaching out really is one of the most important lessons anyone can learn.

How I helped my friend Wade with thoughts of suicide

The importance of finding someone to talk to: Amy's story

When I was seven, my little brother was born. I was so excited! I used to hug and kiss him a lot, but my parents thought I was going overboard. One day, I got in trouble because they thought I 'smothered' him. I was really upset. I wanted to be the perfect older sister that everybody wanted to have – but I’d failed.

All through my primary schooling, I used to wonder why everyone else was happy and I wasn't; why I seemed to be the only kid who didn’t feel wanted at home and who wanted to run away. I felt like an outsider in my own home, as well as at school. I only had a small handful of very good friends, and I didn't have a good relationship with my parents. I felt lonely, neglected, sad and unwanted every day. When I started high school, though, I changed. I became more outgoing and confident, and I made friends. I was happier in high school. No one gave me a hard time, and I felt more independent. Unfortunately, it didn’t last.

In years 9 and 10, I became lonely again and my depression became more noticeable. I started to wonder if my parents would finally care about me if I committed suicide. I retreated more and more into myself and pushed everyone away. It was only last year, in year 11, that I got fed up and started asking myself why I felt so bad all the time. I didn't want to think that I might have depression, but after about three-and-a-half years of suffering, I couldn't stand it any longer.

Finding someone I could talk to

One day at the hairdresser’s, I picked up a business card for a counsellor. I called her a few days later. I was so scared, but she became a huge support. For once I felt like it was okay to feel how I felt, and that someone accepted me for who I was and didn't dismiss me as just a teenager with a bad case of angst. That helped me get my self-esteem back a bit. I’m still seeing the counsellor, and I'm on anti-depressants to combat my occasional anxiety attacks, but the worst is over. I felt like I couldn't talk to my parents. I still can't really talk to them about important or personal things, because I don't think they understand what's going on my head. I always look forward to my counselling sessions, though. They give me a real break from home.

I don't regret being how I was before – sad and lonely – because it’s taught me to look after myself, and I'm very independent as a result. I've also learnt to trust people again, instead of just pushing them away. I think the most important lesson I've learnt is that suicide isn’t a solution to anything, and that help is always available in abundance if you ask for it.

Lara's realisation that suicide is permanent and not the answer

It was an English lesson that none of the 27 students in the room would ever forget. A warning that we would all heed. She told us that running was a better way out – that, unlike suicide, it wasn’t a forever solution.

We all respected this teacher. She was different. She treated us like the adults we believed we were. We were discussing social issues, something that came up time and time again in our English syllabus. We were all working on an assignment – an exploration of a social issue that we were personally familiar with through the genre of poetry.

Suicide came up as a topic; actually, it was a topic I’d chosen. I was familiar with suicidal feelings and depression. I explored my thoughts and emotions through song lyrics and poetry, including my own writings. In the classroom, we started discussing how and why suicide occurs, and one student asked: ‘How could someone choose to end their life?’ This led to a discussion about how to cope with suicidal feelings. And that’s when our teacher advised us to ‘run away’.

Give yourself a second chance

She told us that by running, or just getting away, we gave ourselves time to clear our heads, so that we could make decisions based on clear thoughts rather than impulse. She told us to just take a bus or a train and go somewhere different for a few hours, rather than decide impulsively that life was too hard.

Often when I’m able to, I run away. I never run far; I just get on a train and go somewhere for the day. As our teacher said: ‘Running isn’t for ever, but suicide on impulse is. There’s no turning back, no second chance; but if you run, you get exactly that – a second chance and time to think things through. And often they aren't as bad as you initially thought they were.’