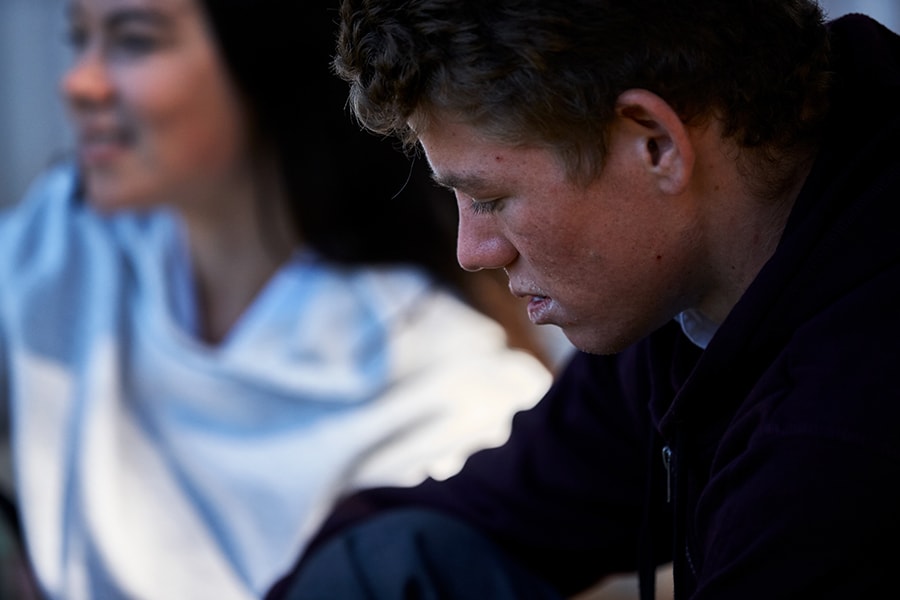 *not actual photo of Liam

Being bullied really sucks. It’s a surefire way to feel alone, afraid and ashamed. If you’ve ever been the target of a bully and, to avoid them, have burst into tears and begged your mum to let you stay home from school, you’ll know what I mean.

Maybe like me, you’ve done all three. Going through high school utterly uncoordinated, extremely sensitive and obviously gay made me a pretty easy target for bullying.

Unfortunately, many young people in Australia experience bullying. Recent research from ReachOut found as many as 1 in 4 students reported being bullied every few weeks or more. Tackling and talking about this issue should involve everyone.

Many of the discussions around bullying focus on prevention, coping strategies and immediate intervention. But those conversations sideline the more complex feelings I have as a survivor of high-school bullying.

Weirdly enough, I’m now grateful for everything that being a ‘massive gay loser’ has taught me. Overcoming bullying has made me resilient and compassionate, and the sense of humour I had to develop has helped carry me through life. I went from being an ‘ugly duckling’ in high school to being a popular ‘swan’ at university, because I was able to embrace the parts of myself I’d been taught to fear.

I didn’t get there overnight. On my 16th birthday, my mother gave me a framed version of the following verse:

I’m not religious, but this prayer or motto helped me to get out of high school alive. I couldn’t change my sexuality, so I stopped paying so much attention to hurtful slurs. I didn’t like being overweight, but I recognised I could do something about that, so I started running. I was never going to be one of the boys, so I stopped trying to fit in with them.

However, the reality is that we all have different stories and different takeaways. Some of my friends have said that being bullied in high school caused them to have trust issues, social anxiety and ongoing struggles with self-confidence. Others developed a thicker skin and grew emotionally, while realising the importance and value of true friends. Many believe that their experiences of being bullied gave them the strength to stand up for themselves, and to show solidarity with other marginalised people by becoming an upstander.

My time in high school coincided with the outcast suddenly becoming cool in pop culture. Glee was the most popular show on TV and every single pop star was singing about raising our glasses to those who were born this way. Pop culture became my refuge – even my beloved horror movies were focusing on the need to find inner strength to conquer either real or imagined demons.

What I’d been taught by bullies to hate about myself eventually became what made me beautiful The last lame 2010s music reference, I promise! I grappled with who I was and who I thought I had to be, learnt to lean into my talents, and developed a healthy determination to prove the bullies wrong.

I was never going to be captain of the rugby team, but I was the obvious pick for the lead in the year 12 stage production. My motor-mouth also helped me become a champion debater, and being a nerd sure came in handy for the HSC. I saw the exams as my ticket out of the confines of high school and I went out into the world feeling larger than life and with a good sense of humour.

Being reminded constantly that ‘it gets better’ often wasn’t much help when I was doing it tough at school. But you can, and will, survive if you talk about it ASAP and ask for the support you need. Remember that ReachOut has heaps of resources you can turn to.