It's hard to know what to say or do to help a friend with bipolar disorder. Maddy talks about the importance of communication and having boundaries when helping a friend 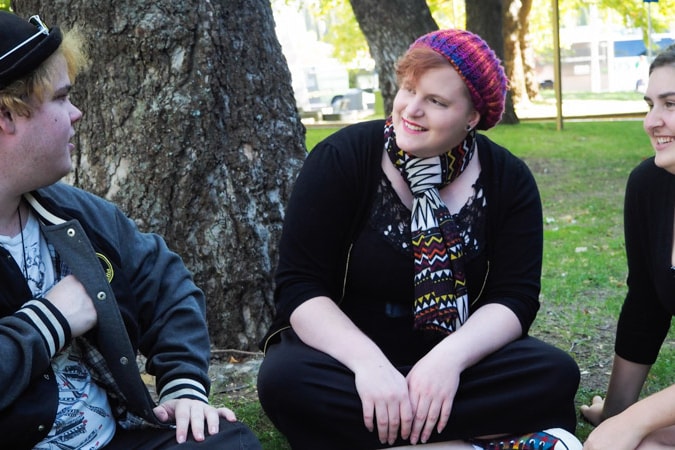 One of my closest friends, Sarah, has a mental illness called bipolar disorder. Having bipolar means that she has times when she feels really down, alternating with periods when she feels really high or manic. Sometimes she gets very down and out of it and self-harms. She takes medication to help keep her mood more stable, and visits a psychiatrist quite often.

Over the past two years, we’ve gradually grown to trust each other enough to share things about our lives that we don’t often talk about with other people. I can tell her about some of the tough times I’ve been through, and she’s told me about her self-harming, which very few people know about.

We talk about what’s really happening

We talk about all the other things friends talk about – our families, friends, what we’re going to do on the weekend, the latest movies, or the guys we’ve been out with. But we also talk about bipolar, her medication and self-harming.

A few times Sarah has rung me when she’s been feeling out of it, or when she’s hurt herself. It’s really scary sometimes, because it can be hard to tell when she’s okay and when she’s not safe. It can be difficult to know what to say, and how not to affect her in a negative way.

Some days I wish I had a magic wand that I could wave to make her feel better. Other days I find myself inspired by how amazing she is and how she has coped with the challenges she’s faced. We have lots of fun just hanging out and laughing for hours, too.

We have a deal

We have a deal, Sarah and I. She knows that she can talk to me when she’s going through a tough time, but I have to tell her if what she’s saying is stressing me out. She also made me promise that if I’m worried after talking to her, that I’ll find someone to talk to as well, to help me out.

This means that I have a couple of other friends who know what’s going on and are there if or when I need to talk. A few times I’ve had to ring them and say I’m worried about Sarah, or that I’m unsure about what to say to her when she’s unwell. They’ve been able to give me some great advice and have understood what it’s like to be worried about someone who is going through a tough time.