At the end of grade 12, I don’t think I could have felt like more of a loser. I had no idea how to talk to girls beyond relating to them as a friend. People seemed to find me funny, but I was also overweight and socially awkward. I hated everything that represented the usual high-school success: being good at sport, underage drinking, going to parties. I had no confidence that anyone would want to move past just being friends with me, that guy in the back of the class who cracked a joke occasionally.

I became obsessed with trying to find a girl who would even want to talk with me, let alone get naked with me. 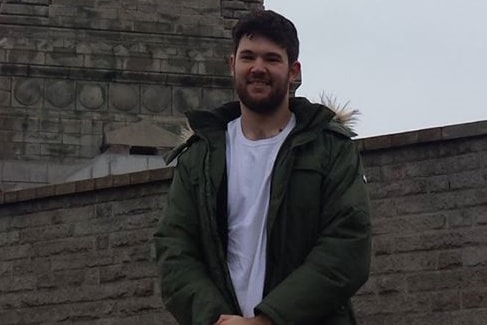 A world focused on sex

Nineteen years old and still a virgin. It seemed that getting laid was the easiest thing in the world for everyone but me. Even friends who were less focused on it than I was were losing their virginity. Hookups seemed to be the thing, with everyone saying how free and ‘adult’ they felt after losing their virginity. I’ve always been mature for my age, but I felt like I couldn’t truly consider myself an adult without ticking that box.

I went to market day at uni hoping to be surrounded by people who wanted to give me their number. When I left, having made no friends, I felt like I was the problem. The free condoms being handed out by safe sex initiatives on every corner, and the huge O-week party ads showing attractive people, only made me feel more isolated and disconnected from the world around me.

My approach to online dating

By the time I left high school, Tinder had become a pretty big thing. Everyone around me was talking about how much amazing, guilt-free sex they were having, and how many Tinder matches they had. Meanwhile, I got so obsessed over a single match I would treat it like a life jacket in an ocean rip. I fell for scams. I downloaded any app I could find that promised connection. I spent hours late into the night swiping and scrolling. I constantly changed my profile, trying out pick-up lines I’d researched and bios guaranteed to get me ‘all the ladies’. I wasn’t presenting a realistic version of myself, because I hated who I was. I just wanted someone to give me a chance.

Taking the focus off my dating life

After three long years of constantly refreshing my dating apps, I was at a real low point. I was depressed, and felt isolated not just from the female population but from everyone. Those close to me could tell that something was up and gave me some advice: ‘If you’re feeling low, you need to find something to take your mind off it.’

I took small steps and sought out clubs at uni that focused on things I liked. I joined the gaming club, and a heavy metal appreciation club. I figured that I’d at least have something in common with the people in these clubs and could talk with them about our shared interest. Of course, my mind factored in the potential for meeting girls, but that soon faded away when I started to make new friends.

I couldn't believe that there was a world out there with people who were similar to me. I started to think about what I wanted in life and how I could get it. I wasn’t a huge fan of how I looked, so I figured it wouldn’t hurt to give the gym a try. I spent time on creative contemplative activities, like taking photo walks in the early evening. I took my studies seriously at uni and gave my grades some much-needed love. I started to seek out discomfort as a way to challenge myself. I had always wanted to study abroad and put in the time required to get accepted. That’s when I truly had the chance to be who I really wanted to be. I returned to Australia a new person.

My mental health improved immensely, thanks to pursuing things that were important to me. I started to focus on what made me unique, what made me happy in the moment, such as my creativity, and my ability to take on a challenge without hesitation. In time, the mental load lightened. I started to look towards the next goal I could pursue, rather than worry about the next girl. I felt like a part of the world again, at least a little bit.