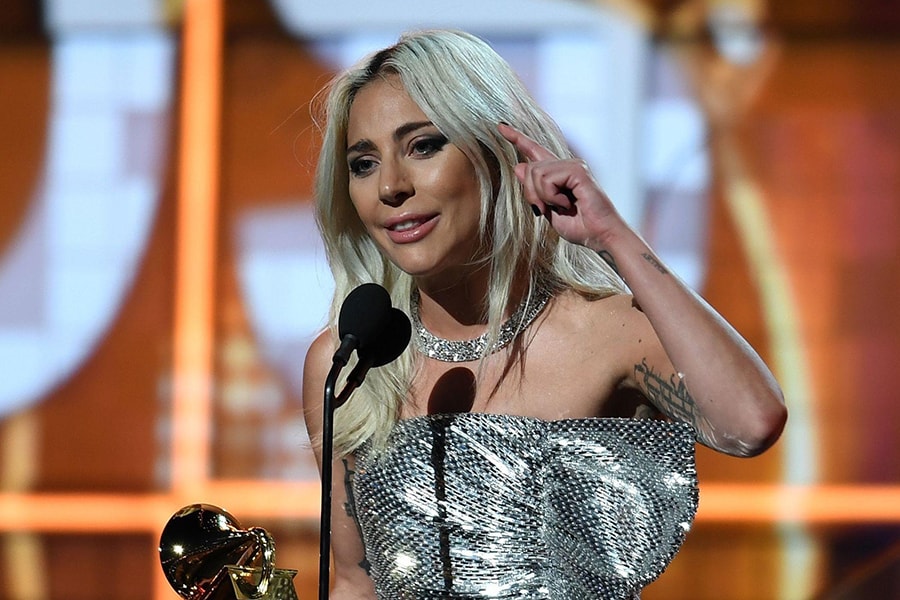 We all love watching award shows. It’s super-fun to check out the fashions on the red carpet, and to see all our fave celebs in the one place. Celebrities often use their award wins to draw attention to issues they feel strongly about. We love to hear what they have to say about loving and being ourselves, and looking after our mental wellbeing.

‘I’m so proud to be a part of a movie that addresses mental health issues. They’re so important. A lot of artists deal with that, and we’ve got to take care of each other.’

Our new favourite awards-show speech is Lady Gaga’s, from this year’s Grammys. After being awarded Best Pop Performance, Gaga spoke about why she was so stoked to be part of the film A Star is Born. We love seeing celebs talking openly about the importance of mental health, and we know we can always count on Gaga to keep it real.


2. Sandra Oh faces her fears while hosting the 2019 Golden Globes

‘I said yes to the fear of being on this stage tonight to look out onto this audience and witness this moment of change.’

Sandra Oh was the first Asian woman to host the Golden Globes, and later went on to continue smashing history with a win. During her (hilarious) opening speech, she confessed to being afraid of hosting such a big event. She encouraged the room to enjoy the moment of change they were all a part of that night. She and co-host Andy Samberg decided to kill the crowd with kindness. Instead of roasting the room to get easy laughs, they complimented all the nominees. It was a sweet reminder that kindness is always cool.


3. Barry Jenkins finally gets to give his Oscars acceptance speech for Moonlight

‘To anyone watching this who sees themselves in us, let this be a symbol, a reflection that leads you to love yourself. Because doing so may be the difference between dreaming at all and … realising dreams you never allowed yourself to have.’

Who can forget the epic fail at the 2018 Oscars that saw La La Land incorrectly announced as the winner of Best Picture, instead of Moonlight?! Barry Jenkins, the director of Moonlight, finally got a chance to give his Oscars acceptance speech at the 2018 SXSW media festival. Barry urged anyone with a dream to stop standing in their own way. Anything is possible, if we believe in ourselves, he said.


4. Oprah standing up for women everywhere

‘So I want all the girls watching here and now to know that a new day is on the horizon! And when that new day finally dawns, it will be because of a lot of magnificent women … fighting hard to make sure that they become the leaders who take us to the time when nobody ever has to say “Me too” again.’

Honoured with the Cecil B. DeMille Award at the 2018 Golden Globes, Oprah used her time at the mic to give hope to women all over the world. She talked about the importance of seeing different faces and bodies on screen, of listening to women, and of fighting for equality of every kind. Her speech was so EPIC, it even had people begging her to run for US President. Can we get an AMEN?!

‘The only thing that I knew was fear and confusion and loneliness. How can you be who you are when you don’t understand how you’re feeling? Then one day I heard an actress say the word “bisexual”, and I thought, what the hell is that? And when I found out, a lightbulb went off. The word … made me feel less crazy, less alone, gave me hope.’

Evan Rachel Wood was awarded the Human Rights Campaign’s Visibility Award in 2017. In her acceptance speech, she spoke about growing up as a bisexual woman, and of how it affected her life. Bi-erasure is super real, and her speech showed us how important it is to see yourself in movies and TV. Feeling like other people were confused like you, and then figured it out, can make you feel way less alone.


6. Meryl Streep calls out bullies at the 2017 Golden Globes

‘Disrespect invites disrespect, violence incites violence. And when the powerful use their position to bully others, we all lose.’

All hail the Queen! As if we couldn’t love Meryl Streep any more, she used her 2017 Golden Globes win to highlight the need for empathy and humanity in the fight against people who bully others. She reminded us that nobody likes a bully, and that it’s up to each one of us to stand up to them in any way we can.


7. Taylor Swift’s advice for young women at the 2016 Grammys

‘I want to say to all the young women out there, there are going to be people along the way who will try to undercut your success or take credit for your accomplishments or your fame. But if you just focus on the work and you don't let those people sidetrack you, someday when you get where you're going, you will know it was you and the people who love you who put you there, and that will be the greatest feeling in the world.’

We all know about THAT famous moment at the Grammys between Taylor and Kanye. But, did you know that Taylor followed it up with her best acceptance speech ever? After winning Album of the Year, and as the only woman to ever win it twice, Taylor shut down the haters and encouraged all young women to own their successes.


8. Al Gore begs for action on climate change at the Oscars in 2007

‘It’s not a political issue, it’s a moral issue. We have everything we need to get started, with the possible exception of the will to act. That’s a renewable resource. Let’s renew it.’

Al Gore, American politician, Nobel Peace Prize winner and environmentalist, won the Oscar for Best Documentary in 2007 for An Inconvenient Truth. The climate change activist used his win to beg the world to take notice of the environment and to take action before it’s too late. Ten years later, that’s a message that’s more important than ever.

‘This moment is so much bigger than me … it's for every nameless, faceless woman of colour that now has a chance because this door tonight has been opened.’

Halle Berry made an epic stand as the first (and still only) African American woman to win an Academy Award for Best Actress. Her emotional speech summed up exactly why diversity in movies is so important. This is a HUGE deal, because being represented in the media makes you feel part of a community, helps build confidence and reduces discrimination in general. Plus, nothing makes you want to fist pump more than seeing someone like you doing something totally amazing on the big screen.