Meet Jake, a young gay Australian who grew up in a rural country town. His coming out got some surprising – and some pretty ordinary – reactions. 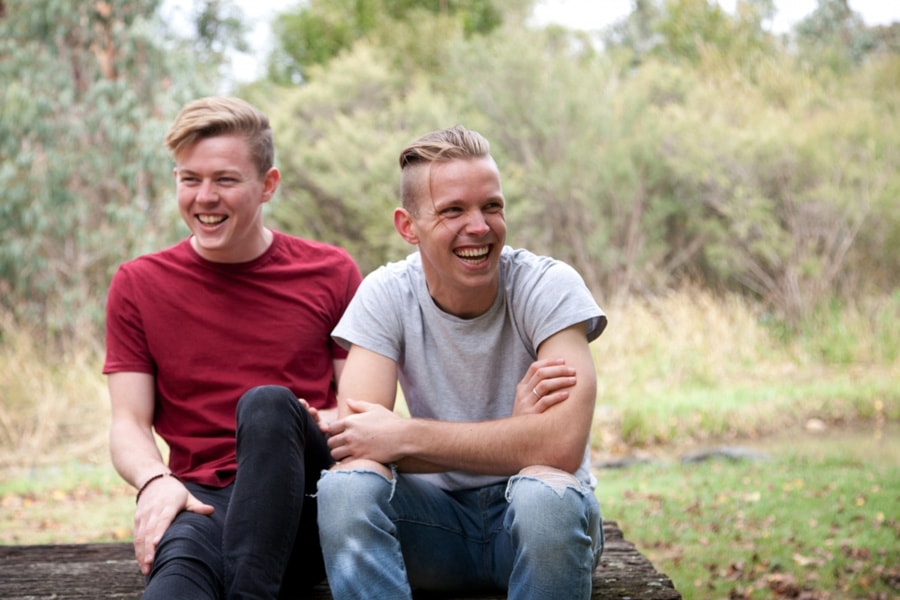 Growing up in rural Australia

Growing up in my hometown was cool. I did the usual stuff: hiking, camping, hanging out at the lake or the river – and seeing as I lived near the snow, I was on the slopes a lot.

When I first realised I was gay

I like to say to people that I realised I was gay right after I first had sex with a dude. It was seriously that simple. Growing up, it never occurred to me that I was gay. I dated, had sex with girls, even fell in love with girls. However, I could always appreciate other guys.

How I felt at the time

Right after I realised it, I was like: ‘Sweet! This makes so much sense!’ However, after thinking about it for a while, I realised that my life was about to change. I didn’t know who I was, or who I was going to be. I worried about whether my family and friends would accept me. I even contemplated pretending I was straight.

Coming out to friends and family

I was 18 years old and on my gap year in the United States, in Boston, at the time. I had been there for about four months and had just started seeing someone. It was pretty casual, and I thought I was still into girls at that point. I guess I thought I was confused, or bi, or whatever.

I called Mum first. I still remember the overwhelming sense of relief I had after telling her. Mum and I are even closer now than before. A few days later I told my cousin, two best mates and my dad. They all took it well. After I told these people, I decided to post it on Facebook. Honestly, it wasn’t really because I wanted to tell everyone. I guess I just wanted to prove to myself that I was okay with being gay.

I was surprised how supportive my hometown was

For many years, I’d believed that people in my town wouldn’t tolerate anyone gay. When I heard comments like ‘Oh, that’s gay’ or ‘Ha! Gaaaaaay!’ being used in everyday conversation, I think I got scared. I didn’t know that when people used these sorts of terms they were just trying to be funny, or were quoting TV shows. I thought they hated homosexuals. I think that’s where my anger and distaste towards my hometown started. I also think that’s what drove me to travel for my gap year.

Once I was living away, however, I realised that it wasn’t my hometown that didn’t like me being gay; I didn’t like myself for being gay. After I came out, I got loving comments from so many people. And some of the nicest compliments came from people in my hometown. They loved me and embraced me – so much so that, whenever I have a bad day, I go back to that Facebook status from 23 October 2013 and look at the nice comments to give me a good ol’ confidence boost.

Being gay in the country is hard. People in my small town thrive on gossip. Even I love a juicy story every now and then. I was in the United States when my story was being shared around, but that only lasted for a very short time. Soon the gossip in my town was back to who’d had sex with whom, or what some girl had done. My sex life and my sexuality were in the gossip sphere for such a small amount of time that, by the time I returned to Australia, people had actually forgotten that I’d identified as gay.

Today, I go hiking, I go camping, I hang out at the lake. Being gay in a small country town means I still do all the normal things I did before I came out.

Do you have your own coming-out story?

Head to ReachOut Forums and share your story in a safe and supportive environment.