Television today has moved past the hypothetical and into the real: real circumstances, real issues, real people. From sci-fi to comedy, TV takes us on an entertaining journey alongside real characters who have high stakes and profound experiences – much like we have in our everyday lives. This means that representation on TV is meaningful and necessary. When we choose to watch certain TV shows, we subconsciously choose to invest in the lifestyle of the characters we watch. However, when no one in a show looks like you, it becomes difficult to relate to something that is generally considered to be ‘relatable’.

Representation on screen means everyone – every race, sexual orientation, religion and culture – because these are the types of people who exist in our world. Here are a few of our favourite shows that are paving the way…

Marvel’s Luke Cage isn’t just another superhero TV show; it’s an awesome blend of diverse characters, gripping action and great drama. The African American hero, Luke Cage, fights against injustice and hate in a unique and spectacular way, making him a hero who does more than just fight crime. With a mostly African American cast, this show is a great example of black empowerment and strength. Luke Cage is a refreshing example of how a TV show can and should represent everyone.

Luke Cage is available on Netflix and is rated MA.

Cleverman is, at heart, about family and being an outsider. It’s a story we think we’ve all heard a million times before. But this Aboriginal-directed show stands out by blending a slightly dystopian modern world with tradition, drawing ideas straight from Dreamtime stories. The show talks about issues Indigenous Aussies still face today, like the racism faced by the hairypeople and the culture confusion experienced by the lead character, Koen. It’s about time there was some good representation of Aboriginal people on TV that isn’t the stereotypes we always see.

Cleverman is available on Amazon, Google Play and iTunes and is rated MA.

Hands down, this is one of the funniest shows you’ll see. Whether it’s the Tiddas showing that queer people come in all shapes and sizes, or BLAKFORCE with commentary on what it means to ‘act black’, Black Comedy is full of comedy gold. With its cast and creators almost entirely Aboriginal and Torres Strait Islander, Black Comedy shows just how deadly Aboriginal comedians are.

Black Comedy is available on ABC iView and is rated M.

There’s a reason why Star Trek is considered a ‘cult classic’. It’s been running for over 60 years and has still kept in touch with relevant topics like race, mental health and equality. Star Trek has also kept up with the times by showcasing a diverse range of actors across the multiple series and spinoffs, such as George Takei, Whoopi Goldberg, Linda Park and Anthony Montgomery.

Star Trek is available on Netflix and is rated M.

Sunshine tells us the story of a South-Sudanese Australian refugee, Jacob Garang, who dreams of playing basketball professionally in the NBA. The mini-series shows us a world of prejudice and injustice, as his life is impacted by racism, a criminal investigation and a tough-love mentor played by Anthony Lapaglia. Sunshine is a gripping Aussie drama that draws from the real threats and difficulties faced by the South-Sudanese community. 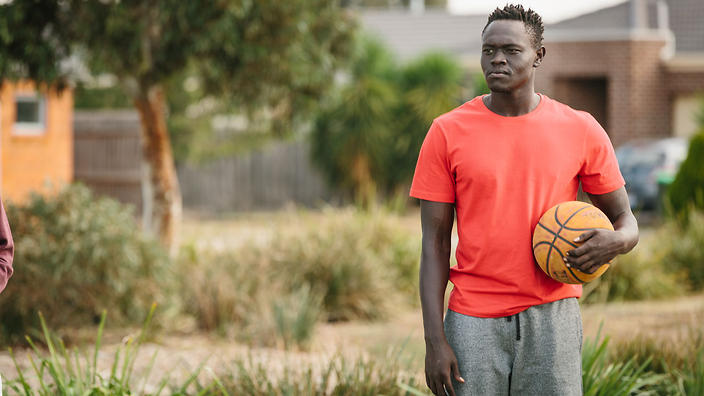 Sunshine is available on SBS on demand and is rated M.


How To Get Away With Murder

How To Get Away With Murder is a perfect example of how an epic lead can make or break a TV show. Viola Davis stars in a role that made her the first African American woman to win an Emmy for a drama. She brings strength and authority to her character and is a courageous and fearless role model for anyone watching this show. With original and real characters, this show is already a classic.

How To Get Away With Murder is available on ABC iView and is rated MA.


Fresh off the Boat

Loosely based on Eddie Huang’s autobiography, Fresh off the Boat shows a Taiwanese family trying to make their way in Orlando, Florida. Starring Randall Park, this hilarious comedy lets us see how hard it can be to straddle two cultures in a way that’s both funny and meaningful.

Fresh off the Boat is available on ABC and is rated PG.

Representation matters because the experiences of culturally diverse people matter. They are experiences that carry a gravity that is felt by a range of individuals who deserve to have a voice in popular culture.