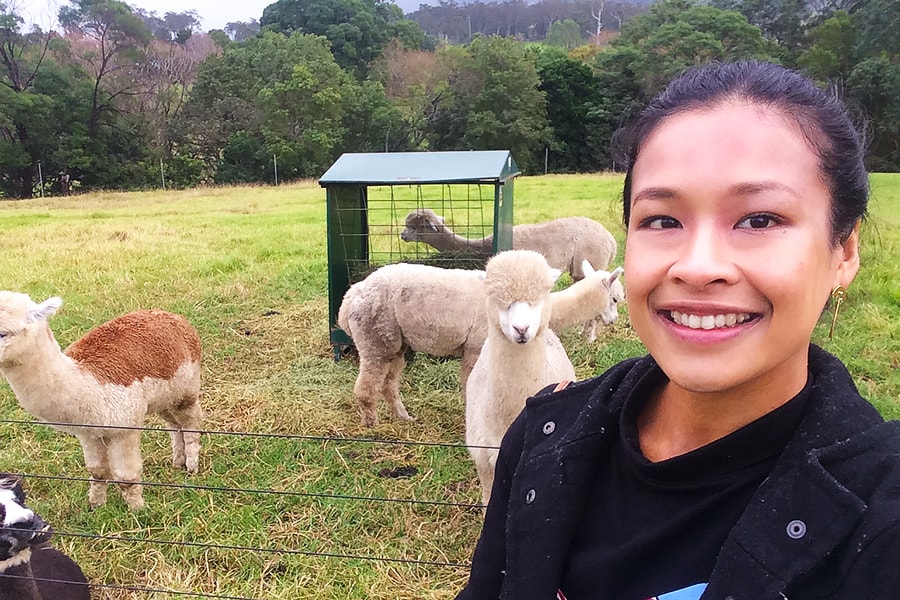 My family migrated to Australia from the Philippines before I was born, which makes me a first-generation Australian. Filipino culture has always been a part of who I am, but its importance to my identity has varied during different times in my life.

Growing up, there were always Filipino influences surrounding me at home through language, food and TV shows, and even through customs such as wearing slippers inside the house. As I come from a blended family, these influences were often balanced with Western Australian traditions, but as I got older the balance became overpowered by society’s mainstream culture.

One of the main parts of what it means to me to be Filipino is the food. When non-Filipino family and friends try our traditional Filipino dishes, they are excited by the combination of salty, sweet and sour flavours.

Language is another big part of my family’s cultural identity. Although I could speak a bit of Tagalog (the Filipino language) when I was little, as I grew older I used it less and less, and eventually lost a lot of my vocabulary.

Other important cultural influences that I embraced as a child were Filipino music, movies and TV series, all of which were very over-the-top. Epic ballads, tear-jerker dramas and flamboyant comedies – this melodramatic style of expression was also a part of being Filipino.


Fitting into the status quo

At the first school I attended, I was one of just two kids from an Asian background. Despite this, I never felt like I was an outsider, but I think that’s because even though I looked different, I acted just like everyone else.

I wasn’t putting on a facade or being fake, but I was subconsciously playing up my ‘Aussie-ness’ so that I could fit in with the other kids. This included things like speaking with a stronger Australian accent, preferring foods that I knew my friends liked, and matching my interests to theirs.

In high school, I recognised that downplaying my ethnicity made it easier to navigate in society. How I spoke and dressed, compared to others who I perceived as ‘more ethnic’, made it easier to be accepted by the majority.

As time went on and I met more people of different ethnicities, I started to feel like I was no longer being completely true to myself. I would tell people that my cultural background was Filipino, but I couldn’t help feeling like those words didn’t mean much anymore.

I felt guilty that I’d pretty much completely stopped engaging with Filipino culture. I had spent many years studying French but hardly any time learning my mother’s first language. I was dedicating more time to perfecting my homemade pasta instead of pancit (stir-fried noodles).


Reconnecting with my culture

I’ve found that learning from my mum is one of the best ways I can feel better connected to the Filipino part of my identity. Listening to her stories about family history and life before they moved to Australia helps give me a stronger sense of connection to my heritage, and when she shares her Filipino recipes with me, I think of how I need to pass them on to the next generation.

The one thing that my mum doesn’t have the patience to teach me is how to speak Tagalog. Fortunately, there is a wealth of resources at my fingertips and I can use language apps such as Memrise and Duolingo to practise my conversational skills. I’ve found that Spotify and Netflix are great for rediscovering Filipino pop culture, as they have a lot of international content. Meetup is another good resource for connecting with people who share your culture, outside of your family and friendship group.

Another thing that makes me feel more connected to my ethnic heritage is reading stories by people from different cultural backgrounds. Being able to see parts of my own story reflected in theirs helps me to know that I’m not the only one who experiences this identity struggle. The numerous stories shared in the book Growing up Asian in Australia and the publication Sweatshop Women, and the various cultural perspectives shared on SBS Voices, give me confidence in owning my identity.

But just as my family’s dining table is a mish-mash of cultures at Christmas – think noodles and spring rolls served alongside glazed ham and pavlova – I can choose the best parts of both cultures and make them my own. I can take on Australian pride in mateship, and the Filipino importance of hospitality and hard work, and cherish them as personal values.

It might take a bit more of a conscious effort to make sure I’m not losing one part of my history at the expense of another, but I’ll always be proud to have two cultures that make up who I am.